01st December, Thursday, 2022: President Ranil Wickremesinghe and Prime Minister Dinesh Gunawardena have applauded the role the Malays have played and continue to perform in the country as part of their congratulatory messages in the ‘Malays of Sri Lanka’.

The ‘Malays of Sri Lanka’ coffee table book, which was launched on November 29, 2022 at the Shangri-La Hotel, Colombo, contained laudatory messages from the President and Prime Minister of Sri Lanka, acclaiming the role of the small Malay community.

“The Sri Lankan Malays are an important segment of this country’s social fabric and have played a vital role in both the history and culture of Sri Lanka,” wrote President Wickremesinghe in his message.

“Despite being one of the smallest communities in Sri Lanka, the Malays have contributed towards the nation building of Sri Lanka as an equal partner in the multi-ethnic mosaic of the country,” President Wickremesinghe noted.

Prime Minister Gunawardena recalled: “Sri Lankan Malays have from pre-colonial to post-colonial times made a colossal impact on the fabric of Sri Lankan society through their invaluable services and sacrifices in the Armed Forces and Police.”

The Prime Minister acknowledged the role statesman and visionary Dr. T.B. Jayah – one of the many prominent Malays highlighted in the 224-page book – had played in the Independence of the island nation from British colonialism.

“Dr. T.B. Jayah is acknowledged as a leader who put his country before community, and I urge the leaders of the Malay community to continue to enrich the noble traditions of Malays through enduring harmony as Sri Lankans,” Prime Minister Gunawardena added.

The book which marked the 150th Anniversary of the Colombo Malay Cricket Club and the 100th Anniversary of the Sri Lanka Malay Association, both in 2022, was written with the aim to tell the story of the Malays to the wider community as well as to serve as an inspiration to the younger generation of Malays.

The first copy was handed over to Chief Guest, Her Excellency Dewi Gustina Tobing. The Ambassador of the Republic of Indonesia to Sri Lanka by Deshabandu M.R. Latiff, Senior DIG (retired), Chair of the Book Committee of the Colombo Malay Cricket Club.

In her address, the Indonesian Ambassador said: “When I first heard of this project, soon after I arrived to take up my post in December, last year, my first thought was how appropriate that a book of this nature should be written on the 70th anniversary of diplomatic relations between our two countries, Indonesia and Sri Lanka, in 2022.”

“The Malays, though a small community, continue to play a key role in all facets of life in this beautiful island-nation of Sri Lanka. Over the centuries they have integrated into the dynamic fabric of this nation and underlined their status as respected members of the public,” she added.

Invited guests at the launch were treated to a colourful and warm traditional ceremony comprising Malay dances and songs from a number of leading Malay artistes including Umara Sinhawansa, Naushad Rassool of Flame, and international disc jockey DJ Mass of the famous hit Pem Kekula. This event was supported by a number of sponsors with Cargills Ceylon PLC being the Platinum Sponsor.

All proceeds from this sale will be utilized for the maintenance of the Colombo Malay Cricket Club (CMCC) clubhouse and grounds. 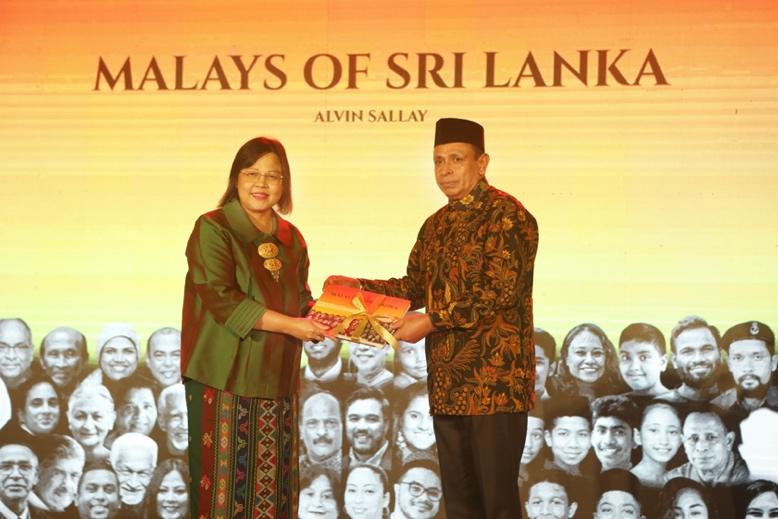 First copy of the book presented to Her Excellency Dewi Gustina Tobing, The Ambassador of the Republic of Indonesia to Sri Lanka by Deshabandu M.R. Latiff, Senior DIG (retired), Chair of the Book Committee of the Colombo Malay Cricket Club. 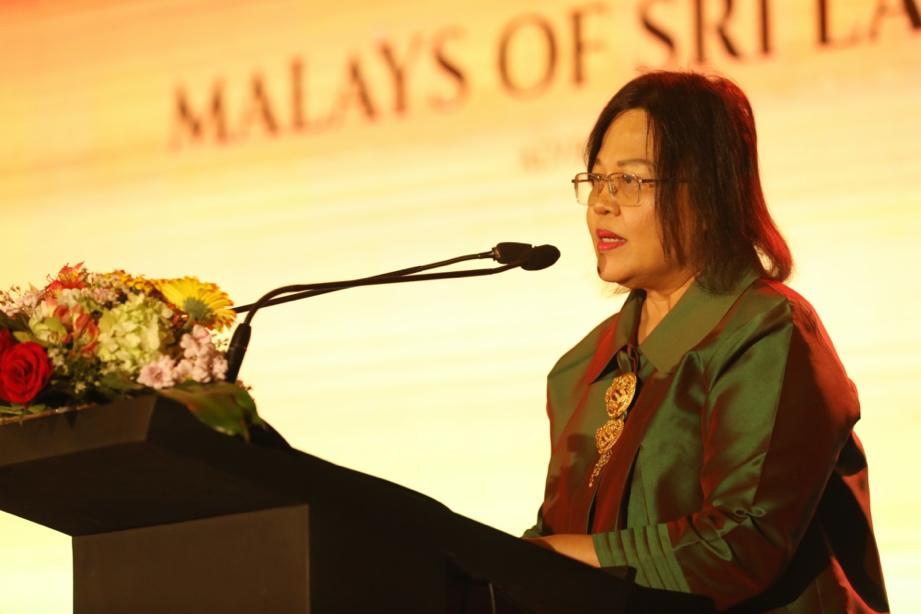 Her Excellency Dewi Gustina Tobing, The Ambassador of the Republic of Indonesia to Sri Lanka addressing the gathering 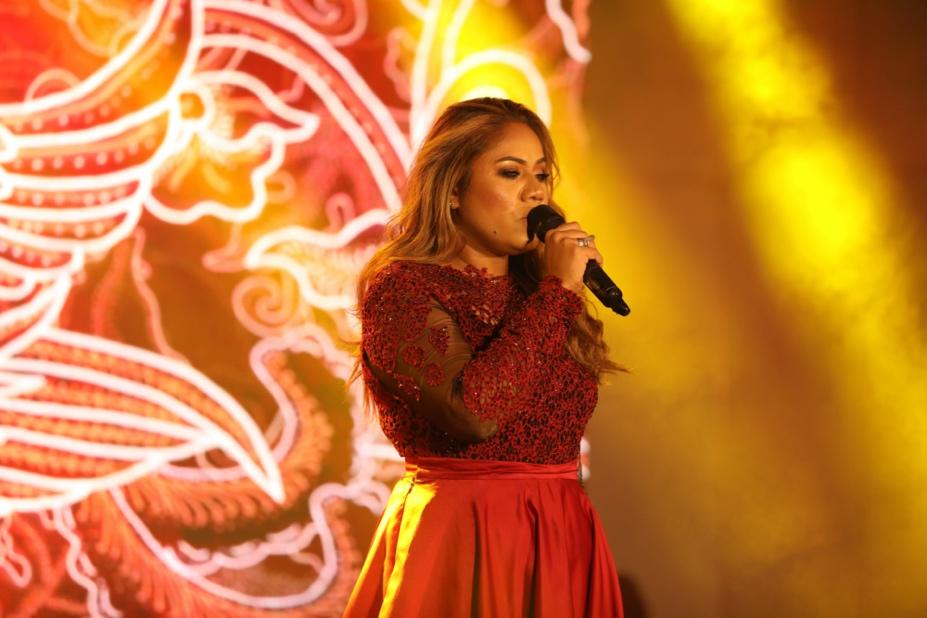 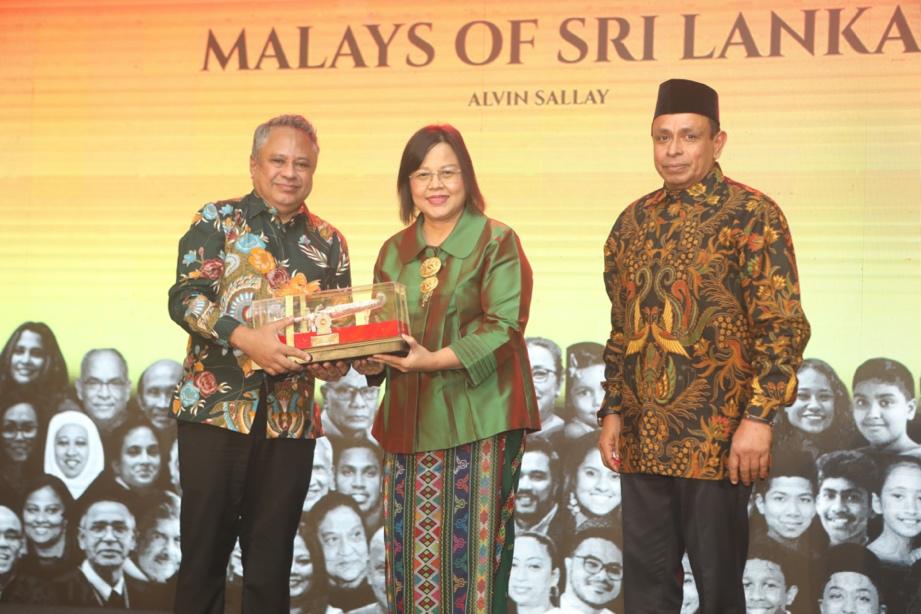 Dates set for the postal voting

11 Ambassadors and 6 High Commissioners presented credentials to the President