Avant Garde Maritime Services (AGMS) was a name synonymous with court cases and laden with accusations over the legality of the business during the previous ‘Yahapalana’ Government. However, Avant Garde Chairman Major (Retd) Nissanka Senadhipathi and several others were not only acquitted of the 7,573 charges by the Permanent High Court Trial-at-Bar but also became entitled to a compensation of US$ 20 million, Rs. 21 billion, and US$ 6.6 million from the Ministry of Defence against the breach of the joint agreement in 2015. Yet, AGMS has stated that arbitration against the Government will not be pursued but will rebuild the business instead, after the retake.

Senadhipathi highlighted the consequences of political power games that ultimately resulted in the Government’s loss of foreign exchange. Quoting Navy records, he told the Sunday Observer that ‘Yahapalana’ political agendas led to the loss of US $ 41 million in the attempt to tarnish the image of the Rajapaksas due to AGMS entering into an agreement with Rakna Arakshaka Lanka (RALL) under the Ministry of Defence during the time of President Mahinda Rajapaksa and then Defence Secretary Gotabaya Rajapaksa.

Sri Lanka’s foreign reserves dropped to around US$ 1.5 billion in November 2021 forcing lawmakers to restrict all non essential imports. Fitch Ratings downgraded Sri Lanka’s Long-Term Foreign-Currency Issuer Default Rating (IDR) to ‘CC’, from ‘CCC’ and official reserves are now at US$ 3.1 billion, according to the Central Bank. Before the Covid pandemic, foreign reserves were at around US$ 7.5 billion while tourism brought a large portion of the income to a staggering halt. Financial difficulties worsened as the Government had to spend on essential imports while other economic activities further dropped during the pandemic. 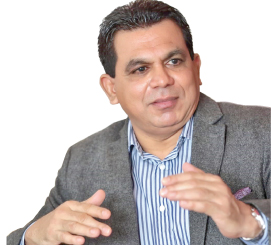 AGMS Chairman Senadhipathi put things in perspective, highlighting that businesses bringing large foreign revenues such as his, need to be encouraged and given the much-needed boost to the economy, rather than be used as a tool to further narrow political objectives to target political opponents. As such, the Yahapalana Government too contributed to the forex crisis that the country now faces.

“Earlier, the maritime security business was not in our hands, but run by the British and the Americans. As a result, Sri Lanka had only earned Rs. 1.8 billion from 2009 to 2012 in the maritime industry. But after I took over, I brought nearly US$ 2.4 million to Sri Lanka per month, through the floating armoury alone, which was seized in Galle. Through the overall operation, AGMS brought US$ 4 million per month from all maritime security related projects to the country.

Then during the ‘Yahapalana’ time, they took it from me claiming that I am pocketing the money which is due to the Navy. The income to the country dropped to less than US $ 300,000 due to mismanagement and corruption after the Navy under Yahapalana took over, and they later acknowledged that there was a loss of US$ 48 million from the floating armoury in their official letters. A letter signed by the Commander of the Navy acknowledged that if they had operated and invoiced this as AGMS did, they would have brought US $108 million within the last five years, whereas the Navy was able to earn only US $ 67 million, incurring a loss of US $ 41 million,” Senadhipathi said.

“The Yahapalana Government did not understand how much they would lose in foreign earnings by stopping my operations. They accused me of pocketing rupees but forgot about the dollars coming in to the country. They only thought of short-term goals of defaming the Rajapaksas, claiming my allegiance to them. I have acquired this business legally and been running it in keeping with all Sri Lankan and international maritime laws,” Senadhipathi added.

AGMS is a Signatory Company of the International Code of Conduct, and secured Security Association Maritime Industry membership. It is accepted and appreciated by the UN, and has certificates from seven countries. Recognising its reliability as a trusted security arm at sea, AGMS has won international awards such as International Quality Crown Award from London, International Star for Leadership in Quality Award from Paris, European Award for Best Practices from Brussels, and the New Era Award for Technology, Innovation and Quality from Rome.

However, the lucrative foreign exchange earning business was at an all-time low when Senadhipathi took back the business from the Navy. “The UN told us that services were no longer required at Red Sea and there were only 200 ongoing operations. We had 950 operations when the Navy took it from me during the Yahapalana time. Now I have to rebuild this. It is difficult but we are managing,” he said, adding that corrupt officials brought down the income for the country by pocketing a large portion for themselves, without even caring about Sri Lanka’s image abroad on maritime security which Senadhipathi built from scratch.

The month which the Navy took over the business was the month AGMS recorded the highest monthly earning of US$ 2.6 million. Significantly, it was during the time Senadhipathi was facing 18 cases against him. “I was able to continue the business for nine more months despite the charges only because I received support from President Maithripala Sirisena,” he said.

“The world still accepted me even though I was facing charges. The Yahapalana Government seized my entire business on the pretext of national security being threatened due to our Galle floating armoury. The irony was that Naval personnel were the ones onboard the ship to provide security to the armoury belonging to the Government. The weapons were the property of the Sri Lankan Government which was why the Navy was deployed. But the Government was saying that the ship was a security threat, which was a great irony,” Senadhipathi said.

“At the trial, the judges realised that I was wrongly accused, and the Yahapalana Defence Secretary admitted that he was politically influenced and that AGMS operations were legal. At that moment, I was asked to speak and I told them how I began this with a mere 135 officers and how I worked initially in a ship deployed at Red Sea off Djibouti to understand operations of a floating armoury. I started business with the same ship bringing it down along with an assistant. I wrote to the UN for approval to operate and this is how I started,” he recalled.

An intercontinental business that provides security services at sea was a venture unknown to Sri Lankans and Senadhipathi fearlessly voyaged into the unknown with little in his pocket but with a big idea in his head. His is a story of struggle and triumph ever since he was a boy when his family was struggling to make ends meet, his father being a police officer. Even getting accepted to the army at a crucial time when the country began its battle against terrorism, was a huge hurdle that saw blood, sweats and tears, which continued well into the time he underwent the world’s toughest training to become a commando in the first batch the country ever produced.

His achievements in the army are many, showcasing his military feats and administrative prowess which led him to become the youngest chief security coordinator at the military headquarters. He was initially thrown into the tedious administrative work as a punishment for disobeying unjustified orders from a senior.

But this too, Senadhipathi turned to his benefit, fervently believing that rock bottom was the strongest foundation and best place to start. Learning administration work from scratch was what made him venture into new vistas after leaving the military. The more he was put down, the more determined he became, and climbed the ladder to build his empire which at present, draws millions in foreign exchange.

As Senadhipathi changes seascapes in unprecedented navigations, he says he is more determined in his journey to bring fame and wealth to the motherland through his business, especially in the calm after the storm of 7,573 hurdles thrown at him during the purported ‘Yahapalana’ time, staying true to his commando regiment motto ‘Nothing is Impossible’.

Interviews for the appointment of UNP seat organizers commenced